Looking around the world, anyone can tell that things are out of control. With everything from political, economic, and cultural turmoil to riots and attacks, it is clear that things are out of control. You have a generation of kids that want everything for free, people that would rather believe a lie that leans in their favor than a truth that doesn’t really even effect them. And every leader and leader-to-be is trying to give their solution to the problems. 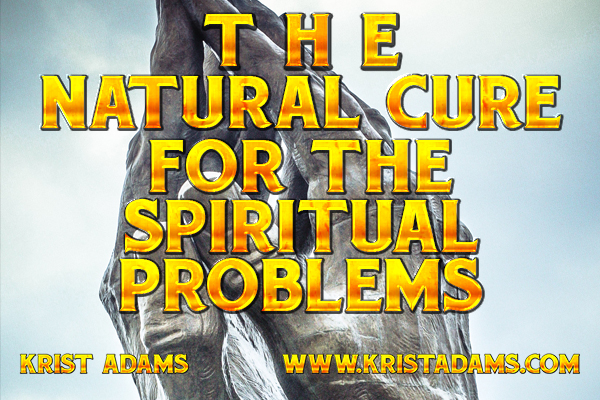 People are amazed at our President’s lack of action when it comes to terrorists and the safety of the people of the United States. Then again, they’ve been amazed at how defiant he has been towards the Constitution, the will of the people, and how inept or stupid he’s been. However, there is a reason for all of this and there is a solution for it all as well. But it’s unlikely you’ve heard it anywhere – even in church. Hopefully you have, but it is unlikely.

In the church world today, hearing anything about the spirit realm is like hearing about financial accountability in the government – it’s a major deal, but no one talks about it. The truth is – there is a spiritual realm and it affects everything that happens in this world. That is why the Lord, through the scriptures, tells us to pray. The prayers of Christians are not just some words that echo through the cosmos with the rest of the tv and radio broadcasts. No! They are containers of orders, blockades, enforcements, commands that are taken from our lips, our faith, and into the spirit realm to effect a change there, that in turn effects a change in this natural realm.

However, most churches don’t talk about this. Most churches don’t talk about the devil or how He seems to be winning. When is the last time you heard a sermon on the devil, on Hell? I haven’t heard one at my church in a very long time, if ever. That’s not to say the devil doesn’t get brought up, but a whole message on the fact that he exists and is trying to mess up God’s plans, how he is working in our nation today, how he seems to be winning, how we have authority over him – I haven’t heard a message like that.

I haven’t heard too many (and I mean I can count them on one hand) broadcast that message out over the airwaves or the Internet. Let me tell you what is going on, because most people aren’t going to tell you.

Satan is real. He’s not some made-up story to scare children. He’s not some being drinking margaritas on a beach somewhere. He is a real spiritual being that is working in the earth today to cause as much destruction and death as possible. He’s working to subvert the plan of God, to lead as many people to hell as he possibly can. And just as God anoints people to do His will, so does the devil.

The reason our President from the moment he was elected has tried to undermine the constitution and the will of the people is because he could care less about both. Now let me make this point clear – I’m not talking about a man. I’m talking about a demon spirit operating through a man. The problem is that most people, Christian included, have one of two thoughts about demon possession. One, either it’s not real or two, it looks like something we see in the movies – head turning around, spouting profanities, twisting in pain.

Now the second one is true. That is definitely possible. But not all demon possessions are like that. Demons don’t always look like what you see on TV in horror movies. They look like what you see in magazines – the nice smiling face, the friendly guy that wants to help out, the person that is the life of the party – anything but what horror movies would make you believe. So understand me, I’m not talking about a man, but a spirit operating through that man.

That spirit, from the moment that he took office, has been trying to warp, twist, and mold this country into one that lifts up the devil and defies God. And you know what – he’s been doing a pretty good job.

Let’s just think of what that spirit has done. It’s campaign was marred with controversy, relationships to terrorist, lawbreakers, hate-filled people – things that would have caused anyone else to be thrown out of the race. But not this one. That doesn’t happen when you are anointed by the devil. Once elected, that devil quickly took on the role even before taking office. Go back and look how quickly he started acting like the leader he was elected to be before he actually had the power. Since he has taken power, he has raised the debt of this nation to a point that is near impossible to come out of – the only way would be war or a miracle of God. He has continually silenced Christians, marginalized them, had them arrested through his policies for exercising their freedom of speech and freedom of religion. He has legalized homosexual marriage and under his term, the sin has become more culturally accepted than ever before. He has broken laws to get his plans and his agenda passed – forcing Americans to be taxed or be insured, pushing through a form of illegal immigration. He is currently pushing for the relocation of thousand of refugees without much of a background check even though all intelligence leaders have told him it is a mistake.

Now these aren’t all, but just a starting point. And all these, even some against the Constitution, have left him no weaker politically. Another would have been impeached, arrested, thrown out. But not when you are anointed by the devil. And why? Because it is much easier to destroy a nation from the inside than from the outside.

Now here is the problem – almost no one understands this. If you listen to news channels, church leaders, experts – they all comment how this policy is this or that, how the President is weak or ignoring the people, or holds to his agenda – all from a natural point-of-view.

This is not a natural problem. And yet almost everyone is treating it like it is. Everyone is giving natural solutions for the problem here or there – build a wall, more background checks, force a government shutdown, impeach him, vote them all out, etc, etc. Yes, there are some natural things we should do, but those alone will do nothing.

Now you must also understand this – when our nation elected who they did in 2008 – they did not elect a man. That year was an election between good and evil. It was whether this nation would choose God or the devil – and as a nation, we did not choose God.

See, I have set before thee this day life and good, and death and evil;  In that I command thee this day to love the Lord thy God, to walk in his ways, and to keep his commandments and his statutes and his judgments, that thou mayest live and multiply: and the Lord thy God shall bless thee in the land whither thou goest to possess it. But if thine heart turn away, so that thou wilt not hear, but shalt be drawn away, and worship other gods, and serve them; I denounce unto you this day, that ye shall surely perish, and that ye shall not prolong your days upon the land, whither thou passest over Jordan to go to possess it. I call heaven and earth to record this day against you, that I have set before you life and death, blessing and A cursing: therefore choose life, that both thou and thy seed may live…” – Deuteronomy 30:15-19

The even worse part of this whole thing is that since 2008, the church has sat back and allowed all of this to happen. As a whole, the church has not stood up, gotten on its knees and repented for not praying out the right leader for this nation in the first place. We have not repented for forsaking what God called us to do – pray for our nation and its leaders.

The reason the nation is in the situation it is in is because the church has failed to follow the  Bible. That is the truth. You and I dropped the ball. And now, the first thing that you and I need to do is REPENT for that and anything else that we might have done that was against God, His Word, or His Spirit. The second thing we need to do is pray.

Don’t dwell on the fact that you missed it. Yes, there is a time to be remorseful, to be sorrowful, but after you have repented, received His forgiveness, then go on with God. Go back to what He called us to do in the first place. Pray for our nation. Pray for our current leaders. Pray for our future leaders. We should be praying for our next President now before he or she ever gets into office. We should be praying for them before either party has ever chosen their candidate. How? You pray for God to anoint and empower His candidate and pray for that person. If He doesn’t show you who it is just pray, “Lord, give your candidate, the one you desire to be the next President favor with the people of this nation, with the media, with financial backers.”

Folks, there is a problem in our nation today. There’s a lot of problems. But those problems are spiritual problems, not natural problems. And there is no way a natural remedy, cure, solution or anything else in the natural will fix it. An election alone will not turn this thing around. However, prayer will.

I urge you, stop what you’re doing, take a few moments and pray for this nation. Repent for what you have been doing and what you haven’t been doing, what this nation has and has not done. And pray that the Lord will straighten things out. God bless you. Stay with the Word of God and the Spirit of God.