The debate on abortion has started raging again with the new law in New York stoking the fires, as if Christians should ever remain silent on the issue. But ever since Roe vs Wade legalized the murdering of children decades ago, it seems that the popular, national Christian voice has always been about picketing, writing Congress, and doing everything that anyone else would to get a law overturned. However, that shouldn’t be the case. 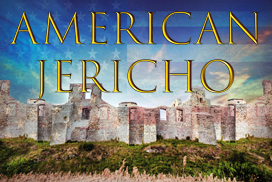 The whole concept of murdering our own children (sad that is even a concept), goes further back that one legal case. In fact, it’s one of those things that was so abominable to the Lord that He had the Israelites wipe a whole culture out because of it.

When Joshua and the children of Israel took the city of Jericho, they were commanded to destroy everything except the silver and gold. Joshua 6:21 says, “And they utterly destroyed all that was in the city, both man and woman, young and old, ox and sheep and donkey, with the edge of the sword.” This was in response to the command of God before they entered the city.

One has to wonder why the whole city had to be destroyed. I once thought it was a cruel command of the Lord. Although without knowing anything about the situation (or any situation), a great piece of advice is this: Always stay on God’s side. If God is for it, you be for it. If He is against it, be against it.

In the excavation at Gezer (another Canaanite, Baal-worshiping city), archeologists have found the remains of babies, placed in jars, who had been sacrificed to Baal. Among the other practices of the worship of Baal was that of “foundation sacrifices.” When a house was being build, a child would be sacrificed and its body would be built into the wall. This was to bring good luck to the rest of the family. This kind of ‘worship’ has been found in Gezer, Megiddo, and yes, in Jericho.

Molech, who was worshiped in Jericho, was represented by a bull-headed, human body idol. Its belly was lit with fire, then babies were placed in its outstretched arms to be sacrificed and “pass through the fire.” “Babies” up to 4 years old were sacrificed in this manner. Terrible sounding, right?

That’s one of the many reasons why the Lord commanded the Israelites not to “mix” with Baal and Molech. He knew if they did, this practice would be taken up by them. Leviticus 18:21 commands the Israelites, “And you shall not let any of your descendants pass through the fire to Molech, nor shall you profane the name of your God: I am the LORD.”

In fact, this happened. 2 Kings 16:3 says, speaking of King Ahaz, “But he walked in the way of the kings of Israel; indeed he made his son pass through the fire, according to the abominations of the nations whom the LORD had cast out from before the children of Israel.” The term “pass through the fire” is the sugar-coated term God used to describe the horrid practice of murdering your own children by burning them alive.

In fact, this is the same Baal-worshipping people that Elijah confronted on Mt. Carmel and after proving the superiority of the Lord God, has hundreds of the priest of Baal killed. It was most likely that these priest participated in some of these children sacrifices.

But back to Jericho.

As the walls of the city fell, it’s very likely that those walls contained jars of the remains of children sacrificed to the Canaanite gods. Those precious babies were sacrificed to the devil. God could have had a hole be knocked in the wall for the Israelites to enter, He could have had numerous ways for the children of Israel to take the city, but it was the whole wall that came down. This was part of the Judgment of God against such demonic practices, against such a demonic culture.

And so we come to America.

In America, we don’t put babies on altars and burn them alive. No. We rip them out of their mother’s womb body part by body part. We crush their skulls and stir up their brains. We have an altogether demonic form of worship. That’s what it is. Abortion is not just the killing of babies. It is more than trying to get away from the consequences of our actions. It is more than just washing away our responsibilities. It is the worship of satan. John 10:10 says that satan came to do nothing but steal, kill, and destroy. The killing of babies, the destruction of life is worship of satan. It’s not just violating a command of God. It is worship to a demonic deity.

But there is a good part.

Christians have been given the ability to change their nation, change their culture. It doesn’t come necessarily by winning the entire nation to Christ. That would be great. But that’s not necessarily how it is done.

Therefore I exhort first of all that supplications, prayers, intercessions, and giving of thanks be made for all men, for kings and all who are in authority, that we may lead a quiet and peaceable life in all godliness and reverence. For this is good and acceptable in the sight of God our Savior, who desires all men to be saved and to come to the knowledge of the truth. – 1 Timothy 2:1-4

The reason that Christians are told to pray for their nation is because they are the only ones that can do anything about it. Jesus has given the authority of His name to those who believe in Him. The world isn’t going to pray. The politicians aren’t going to do anything about it besides argue. The politicians think they have the power, but they are wrong. The only power that they have is the power that the Church has given them by doing nothing and staying silent in the throne room of God.

Instead of holding prayer meetings, we’ve been trying to see how fast we can get out of service so we can “beat the _______ to the restaurants.” Instead of doing the work of the church, we’ve been too busy letting the ways of the world come into the church, and we’ve gotten lazy.

Another reason is that we’ve let names and titles, and the plans of the devil divide us.

Now I plead with you, brethren, by the name of our Lord Jesus Christ, that you all speak the same thing, and that there be no divisions among you, but that you be perfectly joined together in the same mind and in the same judgment. For it has been declared to me concerning you, my brethren, by those of Chloe’s household, that there are contentions among you. Now I say this, that each of you says, “I am of Paul,” [I am Baptist] or “I am of Apollos,” [I am Pentecostal] or “I am of Cephas,” [I am Nazarene] or “I am of Christ” [I am nondenominational]. Is Christ divided? Was Paul crucified for you? Or were you baptized in the name of Paul? – 1 Corinthians 1:10-13

Instead of standing unified as Christians, we stand divided in denominations. Instead of uniting in prayer, we’re too bust going about with our own plans and doing those things. Instead of seeking the Lord and His plans (which is His body being unified), many of us are pushing plans that seem good to us.

The end result of all of this is the church not fulfilling what God intended and our nation suffering the consequences for murdering their own children. You don’t have to call it judgment if you want. If it makes you feel uncomfortable or you don’t believe in that today, but there are consequences for everything we do – whether good or bad.

Did I say there was a good part?

I know this seems like a lot of negativity, but it doesn’t mean to be. You can’t fix an issue unless you know there is an issue. The problem is that we have problems. The reason why the church has not done away with abortion (yes, the church), or any of the other terrible things going on in the world, is because we’re too busy doing something that God hasn’t called us to do.

Instead of going about our own plans, giving into our emotions, we must walk by faith, in love, according to the Word of God and directed by the Holy Spirit. If the church as a whole would do that, we could easily – yes, easily have all the demonic activities that are destroying and dividing our nation be done away with. For the church to be a success, we have to do exactly what the children of Israel did. We have to do exactly what Mary, the mother of Jesus, told the servants at the wedding feast – whatever Jesus tells you to do – do it.

The servants were obedient to the words of Jesus in their situation. The children of Israel were obedient to the Word of God in their situation. In both instances, they were successful in defeating the obstacle in front of them. Our situation calls for obedience to the Word of God as given in the Bible – pray for our leaders. Bind the demonic spirits that are trying to influence them and influence our nation (Matthew 18:18-19). We must get back to praying for our nation and our leaders instead of attacking them on social media, in the workplace, and in our every day lives. Do what the Lord has told us to do and we shall shout a shout of victory and see the walls come crumbling down.