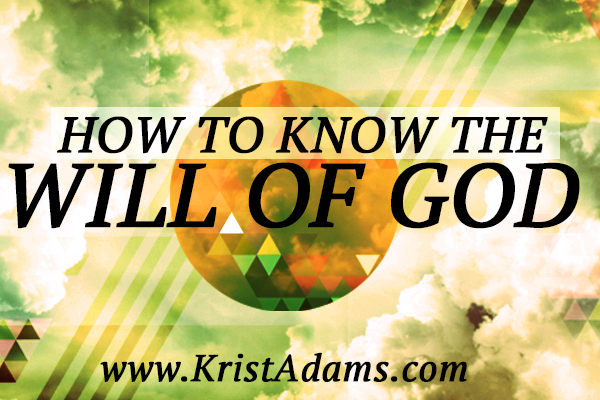 The Bible is clear that what this preacher was saying wasn’t true. Jesus went to His hometown to minister, and the Bible says, he could there do no mighty work.

And he could there do no mighty work, save that he laid his hands upon a few sick folk, and healed them. And he marvelled because of their unbelief. And he went round about the villages, teaching. – Mark 6:5-6

Do you see why he couldn’t do any mighty works? It wasn’t because it was God’s will not to heal them. If you look before this and after this, Jesus healed all those that came to Him. He healed them. In fact, elsewhere it says that “Jesus healed them all” concerning different places and times of ministry. Jesus didn’t have a schizophrenic moment. No. Look at verse 6 – “And he marvelled because of their unbelief.”  Those people didn’t get healed because God or Jesus didn’t want them to be healed. They didn’t get healed because of their unbelief. They had something to do with it. They didn’t exercise their faith in God’s desire and ability to heal them and thus, they didn’t get healed.

God could not do, through Jesus, what he wanted to do in his own home town. Jesus did not take that as God’s will for them not to be healed. He took it as their lack of faith, so He went about teaching them to strengthen and grow their faith. Faith comes by hearing, and hearing by the Word of God (Romans 10:17). So Jesus went about giving them the Word to build their faith.

The Word says, “For as many as are led by the Spirit of God, they are the sons of God (Romans 8:14).” We are led by the Spirit of God, not whether or not we get what we want. Not receiving what we have prayed for does not determine God’s will on a subject. The Spirit of God and the Word of God determine that. There are thousands of good, well-intended Christians that have believed God for healing and never received it. But that doesn’t mean God didn’t want to heal them. It meant that their faith wasn’t to the point to receive their healing or another reason altogether. God’s Word clearly states that it is His will to heal all.

There have been, are, and will be millions (and millions) of people that die and go to Hell. However, we know that it is God’s will that all men (and women) be saved, come to a knowledge of Jesus Christ as their Lord and Savior and spend eternity with Him in Heaven. How do we know that? The Bible says so. Just because all those people didn’t get saved doesn’t mean that wasn’t and isn’t God’s will to save them. They had a part to play as well. And they chose not to be saved. They chose to reject Jesus.

Stop believing what someone says on the radio or on TV, online, or from the pulpit and start believing what the Bible says. The Word of God determines the will of God and that is where we need to look for His will.

Previous Post: « How To Pray For The Next President Right Now
Next Post: The Truth About Kim Davis That You Won’t Hear From The Media »