Years ago I had a friend who had his church destroyed because of a tornado. Thankfully no one was hurt, but the building was destroyed completely. And you know how when things like this happen, you have the pastor or someone stand up and says something similar to “the church isn’t a building. It’s the people.” Now there is a truth to that. The church is people. We’ve said that for years. It’s actually the favorite go to for people when their church building gets destroyed for one reason or another. It makes people feel better. It puts the focus back on the people living for God rather than thinking of what they have lost. 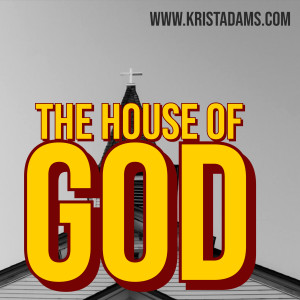 Sadly, it seems that we have gotten too familiar with church. We treat it may times like it’s something else in the schedule. If that’s not you, then God bless you. I’m not talking to you then. However, in the greater picture – the church universal, the American church, it sure seems like it.

When I first get saved years and years ago, I had a youth pastor that always focused on two things. No matter what he preached, what we talked about, what was going on – he always brought us back to reverence and respect. We should always have a reverence and respect for God and for the house of God. Now most Christians would agree with that. At least with their lips. Many times we agree with people with our lips, even parting with our hearts, but when it comes to our actions – that’s where things change.

Now most Christians would say that it would be wrong to allow the kids to run into the sanctuary (auditorium for the modern church), and start jumping all over the seats, pews, whatever you might have. Most Christians would think that kind of behavior would be unacceptable. And it would be even worse if the parents of those kids thought it was fine too. However, on the flip side, it would be totally acceptable for many Christians if they were browsing Facebook during the sermon, or if their kids were playing a game during service. That would be fine. If not, then God bless you.

The Apostle Paul had something to say about this. 1 Timothy 3:14-15 says, “These things I write to you, though I hope to come to you shortly; but if I am delayed, I write so that you may know how you ought to conduct yourself in the house of God, which is the church of the living God, the pillar and ground of the truth.”

I’ve been to churches over the years and I’ve wondered what in the world was going on. I went to a church one time, visiting, and was amazed at the people and the pastor. This was a megachurch, with at least a thousand to fifteen hundred people in this service. As the message was finishing and the pastor was giving an altar call, asking if anyone wanted to accept Jesus as their savior – a life-changing, eternity-changing decision, droves of people were getting up and walking out so they could beat the other Christians to the restaurant (or whatever the case). And amazingly, the pastor didn’t say anything. He just let it happen. In this solemn moment when people could being making a decision that would keep them from Hell, changing them forever – droves (nearly a hundred or so) of people were leaving, not caring at all about these people. And the pastor didn’t correct any of them. That’s not the way we should act in church.

In another church I attended, I noticed how the youth pastor came to church dressed like he was homeless. And he wasn’t doing it for a message – it was his normal dress. He came in rigidly clothes with a ski cap on because that’s the style of the world at the time. And while worship was going on, he was too busy playing in his phone, taking pictures and doing everything but worshipping the Lord. What a great example for the kids he is supposed to be leading.

In one church, during a prayer meeting, leaders in the church were using the prayer time to talk to each other, check their email, scroll through Facebook – continually. It wasn’t just a minute and then on to prayer. It was continually looking at their phone instead of praying. Yes, they did pray some. But if you come to church for a prayer meeting, shouldn’t you coke to pray? If you want to check Facebook – stay home. Your prayers aren’t siding any good anyway.

We all know that the devil is real. If not, you need to know that. Not on is he real, he’s really after the Christian. He’s after each and one of us to take us out. He’s out to disgrace us and lead us astray. But more than any other Christian, Satan and his demonic forces are after preachers and pastors. He’s after the leaders in the church. That’s because if he can get them, he can get the whole congregation. Many of the changes that have happened in the church in the past few years has been because of the leadership. The leadership embraced the progressive move to a relaxed lifestyle that the devil threw out there and that has led to much of what is going on in the church today.

I was attending a church on another occasion and as church is today, hardly anyone was wearing a suit. In reality, only the pastor and myself was wearing a suit. Because today church is come as you are – even if that means jeans and a t-shirt. The pastor got up and talked how he was going to stop wearing a suit so he could dress more like the people. He said his reasoning for this is so he could get in with the sheep. But on this Sunday, it was communion Sunday, so he was going to wear a suit to show honor and respect to our Lord and Savior. This was his reasoning.

If the reasoning makes sense, or is backed by the Bible, go for it. But I didn’t understand how he could say that he was wearing his suit to show honor and respect for the Lord on communion Sunday, but every other Sunday was fair game for not doing so. That doesn’t make sense. It doesn’t make Bible sense. This is how the devil works though, attacking the church through its leadership. And sadly, that pastor isn’t in ministry anymore as far as I know.

There is a way that we should act in church – whether we are in the ministry or sit in the congregation. There is a way that we should come to church- whether we are in ministry or sit in the congregation.   I was sitting in church one time and in this church, they had at least four pastors besides the senior pastor. In any non-Sunday morning service, any of these pastors could be preaching. During this service, after worship, this one pastor came up to preach. There were so many people that didn’t like this pastor. Either he was boring, or went off on rabbit trails that had nothing to do with….anything, or some other reason. It was so bad that when he got up to preach, people left the building. I sat there though, and in my head I started talking to myself about how terrible it was that this pastor was up to preach. After about a minute of this, the Lord spoke to my heart. It was one of those things that the Lord can only do. In a split second he said what would take five-minutes for a human to relay – but this was with a lot more authority. He told my that my attitude and my heart was wrong. He told me that because of my heart, I could not receive from Him what He wanted to say through this pastor. It didn’t matter what this pastor said. It mattered what God wanted to say through him. I adjusted myself, repented, and have never forgotten that. And the Lord was able to speak to me that night.

In the church world, we hear the term come as you are, but that is an idea for the sinner. It’s reserved for a  Billy Graham meeting, an evangelistic meeting – a call to sinners to come as you are because there’s nothing you can do to become better. That’s up to Jesus. For the Christian though, we’ve been changed. We’ve been redeemed. There’s a way that we should come. We should come with our heart prepared to meet with the Creator. We’ve been made kings and priests through Christ. And just as the priests prepared themselves to go into the presence of God, we too should prepare to go into the presence of God. There is a way to act, a way to come, a way to do church. And we need to seek the Lord in our individual life and church to figure out how to do so. Some of it is written clearly and generally in the Word of God. But we need to seek God and get the specifics by the Holy Spirit in prayer. Stay with the Word and Spirit.