When I was in college, I majored in English to get my Associates degree and minored in English when I went for my Bachelor’s degree. During one of my many English classes we were assigned a paper to write about some literary work. I was thankful that we had just recently read over a chapter of ‘The Bible As Literature.’ So I decided to write my paper on a few of the parables of Jesus. 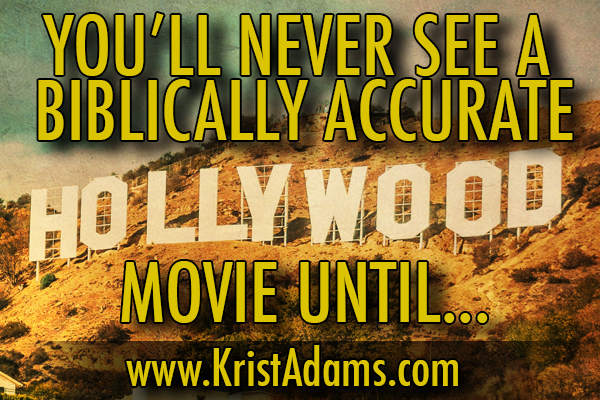 I did a lot of research, read commentaries, looked up a lot articles. After hours of research I had a great paper that was biblically based – which was probably the problem. After our papers were turned in and graded, we got the opportunity to sit down with the teacher and have her go over our paper and explain our grade.

I was proud of my paper. I had spent a lot time working on my paper, making sure it was both accurate and followed the guidelines of the assignment. However, when I received my paper I was dejected to find a big red “C” at the top of it. As I listened to the teacher rattle off reason after reason for my grade, I noticed the majority of her issues had nothing to do with grammatical errors, but what she felt was wrong with what I saw as the meaning of the parables. Her issues were not English problems, but Biblical problems. She explained to me in the midst of her assessment that she had taken a whole class on “The Bible As Literature,” and thus, knew what she was talking about.

I just sat there though, listening to her ignorant assumptions and opinions that in no way were biblically accurate. I realized that no matter what I could say, nothing would be good enough. Nothing I could say would be able to make her see that she was wrong, you see – the problem was that she wasn’t saved. She didn’t know Jesus Christ as her Lord and Savior. And as I listened to her, and afterwards as I prayed, the Lord showed me that she could only see so far, she could only understand a little. She was still blinded to the truth.

The simple biblical truths that we Christians ‘take for granted’ are truths that nonbelievers, sinners, (call them whatever you want) just can’t grasp. They are blinded to the truth. Their eyes are still veiled. They have no yet received the revelation of Jesus Christ.

Therefore they could not believe, because that Esaias said again, He hath blinded their eyes, and hardened their heart; that they should not see with their eyes, nor understand with their heart, and be converted, and I should heal them. – John 12:39-40

So no matter what you say, what you do, they just can’t get it. I realized after that experience that I can’t expect certain things from nonbelievers. We must all understand this truth.

Now you may have noticed all of the trailers for the new movie Exodus, the story of Moses and the deliverance of the children of Israel from Egypt. If you have heard any of the reviews yet, or the pre-reviews, you’ll notice that many critics point out the huge gap between the Bible and this movie.

In like manner, you can remember the outcry over the movie Noah for the same reason. You know why? It’s because the makers of both of the movies were not saved. They do not know Jesus Christ as their Lord and Savior. They do not have an understanding of the biblical truths of these accounts.

On the other hand, recall the phenomenal responses from Christians over The Passion of the Christ. Do you know why Christians proclaimed that this was one of the greatest movies ever made? It’s because the people making it knew the truth. They understood it and had a desire to remain faithful to the story because to them, the story was truth. It wasn’t because they didn’t want to upset a whole bunch of people. In fact, if you remember, they did upset a whole bunch of people. Protests erupted, articles were written, and people let their voices be heard about how anti-Semitic the movie was.

However, the movie was neither anti-semitic or pro-semitic. It was pro-truth. History is not racist. It is not biased. It is truth. And we must remember that.

But we must remember something else as well. We cannot hope to have a movie produced directed, written, and starred in that conveys the truths of biblical accounts when those who are making it don’t know the Bible. I’m not talking about head knowledge. If a person does not have a relationship with Jesus Christ, if they are not born again, they will never understand the Bible to its fullest. And thus, can never make a movie that is true to the scriptures because they don’t know the scriptures.

It’s nothing against them. It is like asking a child to do rocket science. They just don’t get it. And we as Christians should never expect Hollywood to produce a biblically accurate film when those that are Hollywood care nothing about the Bible. Yes, years ago Hollywood could do so, but that is because those in Hollywood knew Christ. That is not saying there are not Christians in Hollywood. But they are not the ones calling the shots.

However, do you know who has the power to call those shots? You do. I do. Every single Christian has the power through the Lord Jesus Christ to shape their culture and their society – and that includes their entertainment. Jesus said so. Not me.

I exhort therefore, that, first of all, supplications, prayers, intercessions, and giving of thanks, be made for all men; For kings, and for all that are in authority; that we may lead a quiet and peaceable life in all godliness and honesty. – 1 Timothy 2:1-2

Do you not think that those who control and dictate the culture or our country are in positions of authority? Of course they are. And we are called to pray for them. People in this generation are more visual than ever before. Our nation consumes movies and TV shows unlike any time in history. What would happen if the majority of those programs were quality programs and biblically based? The nation would change.

If we really want to see quality, biblically accurate movies based on the scriptures, then we first must pray that people who know the scriptures will be in place to make those movies. Until then, stop putting your faith in a place that will do no good. Put your faith on changing the root, not the branch. God is with us.

Previous Post: « You Don’t Need God To Do Church
Next Post: The Church Is To Change The Culture Of The World, Not The Other Way Around »